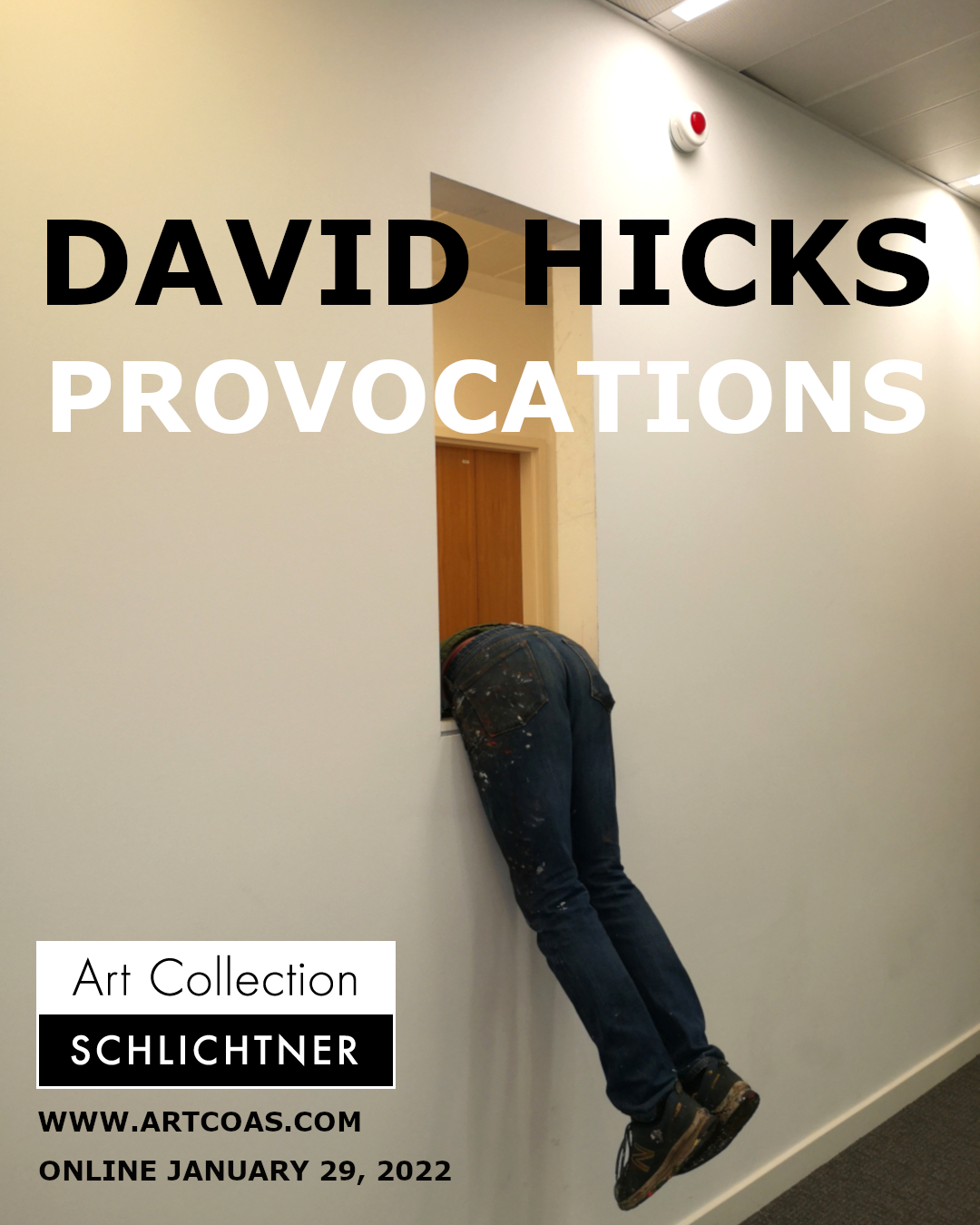 David Hicks is an artist who challenges the viewer with punk aesthetics and disruptive realities. He works with found objects. It is NOT his goal to produce aesthetically beautiful works of art, but rather to ask questions. In conjunction, the artist asks questions about the production of art itself, and, on a meta level and in reflection about the concept of art, the nature and reality of the art market and taste. The artist examines these hotly debated topoi in his “Provocations” series.

David Hicks paintings, sculptures and installations meet us with a playful lightness and in an unexpectedly humorous way. He often combines just two or three objects, thereby placing them in a new context and leaving them to their new fate. In doing so, he not only tests physical limits, but also the concepts of genres and classifications. In his “Bodyworks” series, he transforms his body into artistic works. In contrast to this, he elevates rubbish to the rank of an object work. He shows the art´s urge  to  transform, as well as different ways of  dissolving boundaries and we can state that the "system of fine arts that has existed since the 18th century, consisting of poetry, sculpture, architecture, painting and music" (Alexander Gottlieb Baumgarten, Johann Georg Sulzer, Immanuel Kant), which reflects the social and cultural conditions of the time, is in the process of change. “The branches of art are subject to ups and downs, yes, they experience birth and death” (Paul Oskar Kristeller 1976).

Since David Hicks pushes his works into border areas, challenging the viewers comfort zones of understanding, his works evoke correspondingly heterogeneous reactions, which either remain insistent in advocating for the old canon/dominant paradigme,  or are concentrated on the appropriation of avant-garde inputs. This proves the "postulate that art is a phenomenon of reception" (Alois Riegl 1903, Umberto Eco 1962) and the question must be asked who actually "makes" the work of art! Does art arise through the artistic creative process or afterwards through the assignment of different values ‌‌by the recipients?

David Hicks goes his own way and challenges the distinguished, the balanced and the audience of classical stages. He pushes for change instead of repetition, resourcefullness instead of resources, ideas instead of flesh, knowing full well that avant-garde art also has something to do with time and sooner or later loses its spectre image and advances to leading art.

In our exhibition, David Hicks shows his most contemporary works.